Trinovante is an ideal vessel on which to get to grips with traditional sailing for a long weekend. What’s more, a round trip from Ipswich provides a real mix of sailing styles, with estuaries, rivers and open water to play in!

The crew will guide you through Trinovante’s home waters, exploring the Thames, Orwell, Stour, Colne and Blackwater, plus coastal sailing too. The focus is on learning as much as possible about sailing a schooner in a relaxed and friendly environment. 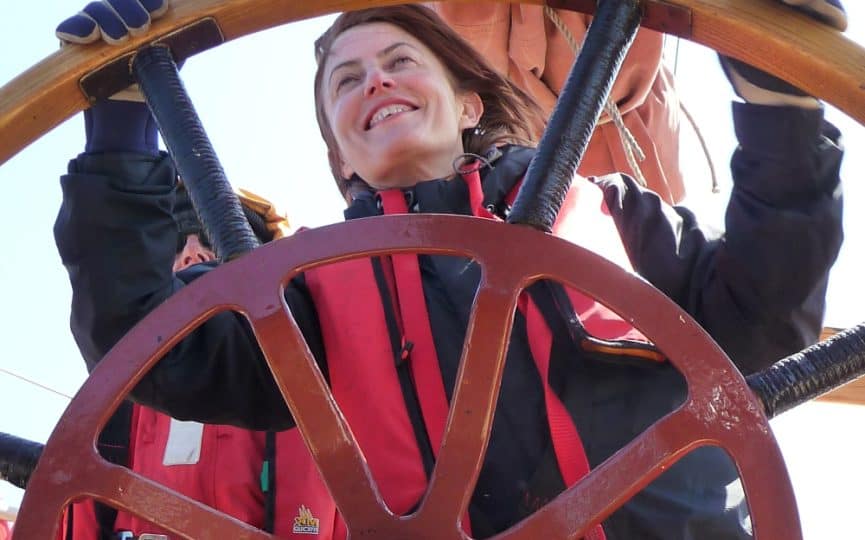 A short day sail up the coast is the hustle and bustle of commercial activity on the River Orwell at Felixstowe. Here is one of the busiest container ports in the UK where big tugs manoeuver ships arriving from all over the world.

Steeped in sailing history and tradition, the Thames Estuary is one of the last places in the UK where traditional boats are still a common sight. You are almost certain to see a Thames Sailing Barge or two,  along with some of the local fishing smacks

This is also Trinovante’s ‘home’ and where our schooner was built so we know it well.

WHERE DOES TRINOVANTE GO IN A WEEKEND?

Remember this is only a rough guide. on the actual weekend, we will be tailoring what we do to fit with the wind, the weather, and the tides

You arrive at Ipswich at 4 pm. Trinovante will leave Ipswich as soon as possible to head straight down the River Orwell.

Under the bridge, through the moorings, along wooded banks past Pin Mill, and onto Felixtowe.  An anchorage in the River Stour awaits before dinner and maybe a couple of beers on deck.

The following day Trinovante will weigh anchor, sail past Harwich and head out to sea. Sailing down the coast you will be leaving Walton-On-The-Naze and Clacton Pier on the starboard side.
The aim is to reach the River Blackwater or the River Colne to drop anchor for the night.

At the end of day two, you will have learned how to put up the sails and have had a go at helming. You may even start to feel like an old sea dog.

Will we be tacking, have the wind on the beam or astern as we sail up the ‘Wallet’ past the Gunfleet wind farm to Harwich?

Trinovante often moors alongside Halfpenny Pier for the last night on these UK sailing weekends. There is the opportunity to look around and go ashore after dinner to one of the local pubs in Harwich Old Town.

One possibility is to sail deep into the rolling Suffolk countryside along the River Stour.  Or we could spend some time sailing out of the River Orwell.  All too soon the weekend is over and it is time to return to  Ipswich for a 4 pm arrival in the marina.