The best way to see Orkney, Fair Isle and Shetland is by sail and it has to be the best island adventure you can think of this summer.

Mostly Coastal Day Sailing but the passage to Fair Isle is an open-water sea passage and there is a chance of an overnight passage on this voyage where you would be part of the watch system. The long, long days mean you can do a lot of sailing and exploring every day.

If weather permits, Trinovante will spend two nights on Fair Isle: Scotland’s most remote inhabited island, before setting off once more for the relative bustle of Lerwick on Shetland. 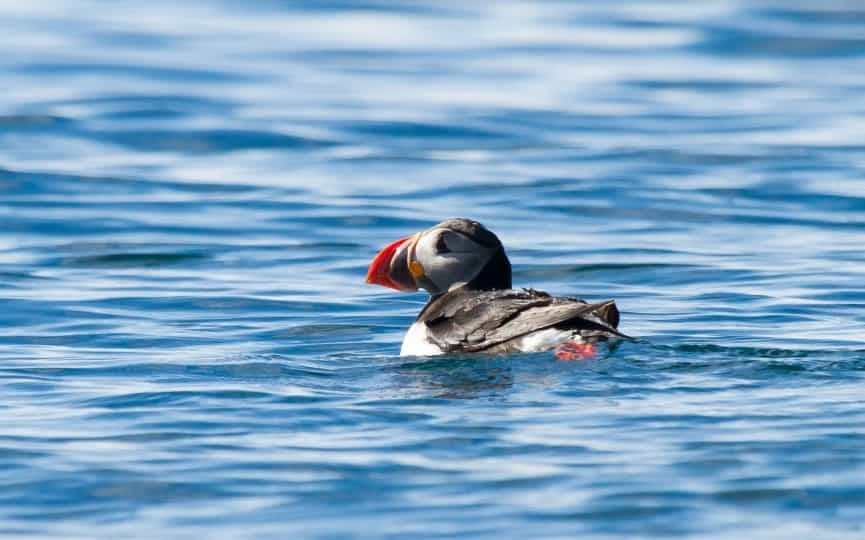 An epic voyage in just 7 nights. This trip will consist mostly of coastal day sailing, but the passage to Fair Isle is an open-water passage and there’s the possibility of some night time sailing.

The dominant feature of the town is the cathedral founded in 1137 by the Viking, Earl Rognvald, in honour of St Magnus who was martyred in Orkney. Otherwise, you can enjoy a wander in the busy shopping centre on the stone slabbed streets, visit the Orkney museum, The Bishops and Earls Palace, and of course, there is a distillery!

It is well worth having a few days extra in Kirkwall if you have time. There are lots of day trips worth doing from Kirkwall including several stone circles and two sites run by Historic Scotland: Scara Brae and Maeshowe.

Fair Isle is Scotland’s most remote inhabited island. It is only 3sq miles and the population was down to 48 at the beginning of 2021.

The island is known for its distinctive Fair Isle knitting style and birdlife. You could take a wander up to the North Lighthouse where you can see puffins and other seabirds. Puffins, Guillemots, Razorbills, Kittiwakes, Shags, Gannets and Fulmar make up the bulk of cliff-breeding birds on Fair Isle.

The aim will be to spend two nights here, allowing for a full day of exploration of the island.

Lerwick is the main town in Shetland with a population of 7000. A walk along the coast south from Lerwick to Clickimin Broch is worth doing. If you can afford more time in Lerwick a day trip to Jarlshof and Sumburgh Head Lighthouse is well worth it, although is an hour and a half on the bus or you need to hire a car.