A North Sea Sailing holiday from Edinburgh to Elsfleth.

North Sea Crossing and a visit to fascinating Heligoland

Come aboard for an early autumn North Sea sailing trip from Scotland to Germany. The starting point of this trip is the Scottish capital Edinburgh. In the medieval city with the centrally located Edinburgh Castle, the past comes just as alive as at the destination port of Elsfleth – because only a few miles away from here, our Eye of the Wind was launched 111 years ago under the former name “Friedrich”. Before we dock in the beautiful harbor town on the banks of the Weser, a stopover on Germany’s remote offshore island of Heligoland is planned en route.

This is a discovery voyage, exploring Orkney and the north east coast of Scotland 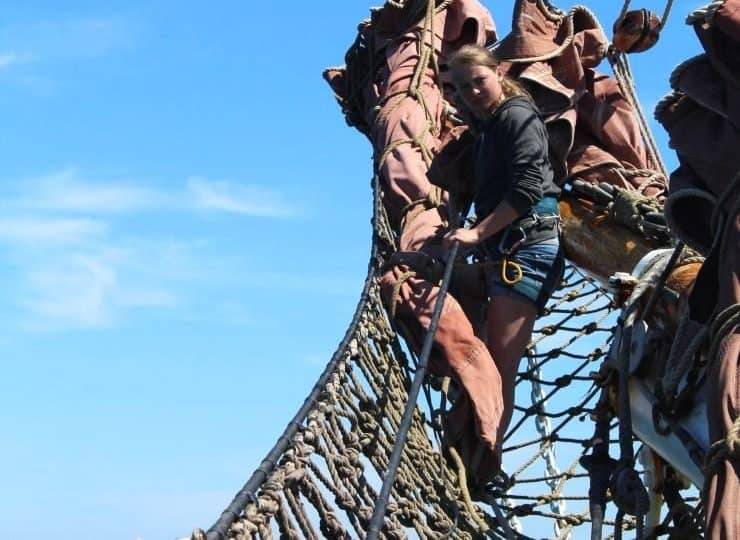 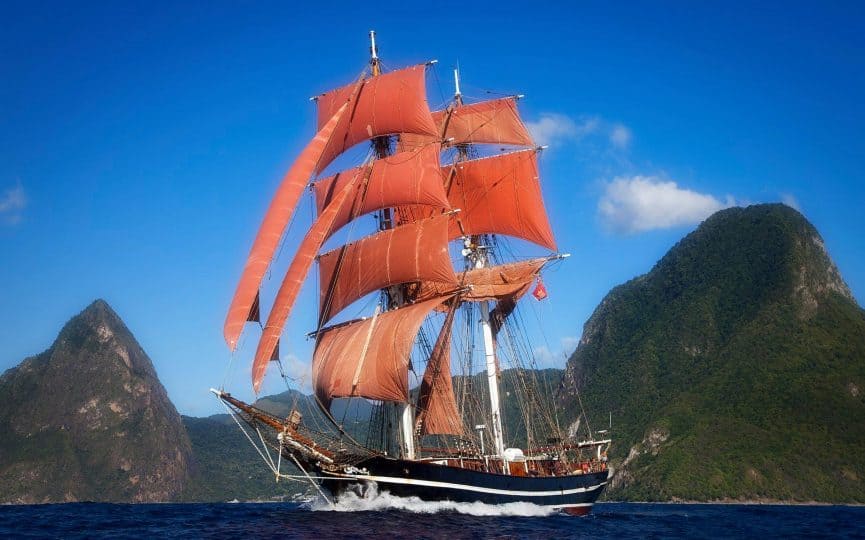 Come aboard for an early autumn North Sea sailing trip from Scotland to Germany. The starting point of this trip is the Scottish capital Edinburgh. In the medieval city with the centrally located Edinburgh Castle, the past comes just as alive as at the destination port of Elsfleth – because only a few miles away from here, our Eye of the Wind was launched 111 years ago under the former name “Friedrich”. Before we dock in the beautiful harbor town on the banks of the Weser, a stopover on Germany’s remote offshore island of Heligoland is planned en route.

This island has had a very chequered history with ownership swapping around between Denmark, Germany and Britain on two occasions.

It has suffered two major calamities.

The first was the splitting of the island into two parts by a major storm in 1720.

The second was when the British briefly owned it for a second time from 1945 to 1952. Two factors in the British Military of the time came together with a really silly idea. The Airforce wanted somewhere to practice its bombing and the Navy wanted to destroy the island so that it could not be used again as a German Naval base. In an operation known as ‘Big Bang’ they attempted to destroy it with conventional explosives. The used an amount equivalent to several nuclear bombs. They failed to destroy the island but significantly altered its shape!

Wikipedia has a fascinating article on Heligoland. https://en.wikipedia.org/wiki/Heligoland 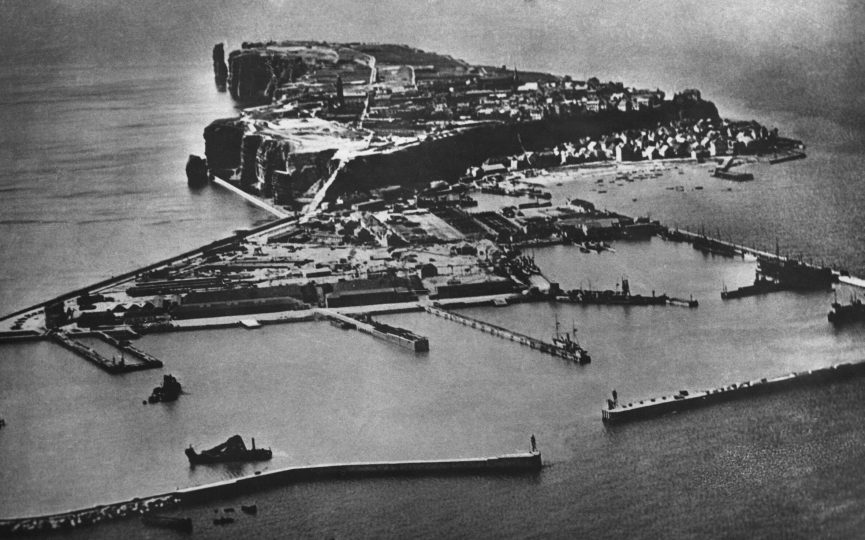 Heligoland about 1940. The vessel in the foreground is a dredger suggesting it was difficult to keep it as a deep water harbour.

On a sailing voyage we never use the word itinerary, as skippers will always be aiming for the best sailing and shore landings for the forecast and most idyllic or sheltered anchors and ports. They are as keen as you to include some of the highlights described below, but you have to go with Mother Nature, not fight her. The description below is based on what we think might be possible, based on past trips, or experience, but nothing is guaranteed on a sailing voyage.

There are places with fast tides so you can get some exciting choppy water in very localised spots but mostly this is sailing in flat waters without big swell.

The climate on the shores of the Baltic is more continental than maritime so summer temperatures can be hot but spring and autumn will be colder than Britain or Atlantic facing countries.

Whether you are an experienced sailor or a complete beginner, the professional crew will train you to be guest crew from the moment you arrive, with the intention that everybody works together to sail the ship. The common thread to all Classic Sailing holidays is ‘Hands on’ participation on ships that use ropes, blocks and tackles and ‘people power’ to set sail.

SAILING STYLE & LIFE ON BOARD

We cater for a wide range of ages and physical abilities and how much you are expected to do varies a bit between vessels. See the vessel tab above which explains all about the ‘sailing style’ and what to expect in terms of hands on participation. There is a lot of information about day to day life, the ships facilities and accommodation on the vessel pages.

Every customer sailing with us will need to fill in basic medical questions on their booking application. If you are not sure if your current level of fitness and agility are up to a voyage, then please ring the Classic Sailing Office on 01326 53 1234 and we can chat through your concerns and possibly find options that might suit you better.

Working Language on Board is German and English

Practical Advice for Eye of the Wind

Practical Advice for Covid 19 and Eye of the Wind

What is not Included

Suitcases take up a lot of room in a cabin, so it is better to uses soft bags in a ship. A small rucksack for going ashore is useful.

All the power to your plug sockets comes from the ship's generator which runs on deisel. The less the generators have to run to top up power, the nicer it is for the guests on board and also greener for the planet. Please don't bring loads of hairdriers, electric devices to charge.

There is no internet on board whilst at sea.

Eye of the Wind is an experienced operator with many happy customers, but she is new to Classic Sailing website. We will post the first Classic Sailing guest feedback from 2019-2020 voyages as soon as we have some, it but here are a few from last year.

Tortola to the Azores! What a great time. Thanks to Captain Pit and the crew. An awesome adventure with awesome people!" F Coutreau, New England

What a wonderful, lovely, great, awesome trip we've had from Malaga to Lanzarote! I loved and enjoyed every minute.

Thanks again for this wonderful experience. I miss you guys! Andrea Schwartz

With red sails against a blue sky, Eye of the Wind is a photogenic ship. If you have any new images we would love to see them since Eye of the Wind has only recently returned to our website.

Newcastle to Falmouth BC190922

Eye of the Wind Edinburgh to Elsfleth Germany EYE22/35